60 Amp Electrical Service: Most standard sized homes built prior to the 1960s were built with a 60 amp electrical service. This size was reasonable for the needs of living at the time. Homes today with this capacity usually have gas stoves, gas clothes dryers, and few electrical outlets in each room. Sixty amps would not be enough to service a home with the standard electrical amenities like: an electric stove, an electric oven, an electric air conditioner, an electric clothes dryer and so on.

A 60 amp electrical service can also raise a red flag when renewing your homeowner’s insurance policy. Insurance companies may terminate the policy or demand that there be an upgrade if you are on a current plan.

This type of electrical service can become dangerous when people do things like run too many extension cords or install oversized fuses. It is important to have a certified electrician take a look at the distribution of wiring when upgrading amps or your home may not be any safer than before.

100 Amp Electrical Service: 100 amp is the minimum capacity allowed by today’s code. The main circuit breaker identifies the amperage capacity of the electrical panel. There will be a number on the electrical panel telling you what the amp capacity is. For example, 100 or 150 could be listed beside the panel. 150 amps, 200 amps, and 400 amps are among other standard available sizes.

240-Volt Outlet: 240-volt outlets use two 120-volt wires in addition to a neutral wire to power a single outlet. These outlets are primarily used to power appliances such as clothes dryers, level 2 EV chargers, ovens, water heaters, and central air conditioners. You can identify these outlets by their four-prong design, though some older 240-volt outlets have three prongs.

Amps or Amperes: A unit that measures the rate of electrical flow (electrical current).

Arc Fault Circuit Interrupter: AFCIs are a newer electrical device designed to protect your home from fires that can be caused by arcing faults in your electrical wiring. Arcing faults usually occur when corroded, damaged, or deteriorated wires and cords are present. Traditional circuit breakers respond to overloads in circuits while AFCIs respond specifically to unwanted arcing conditions. The AFCI will shut off the electricity if an arc fault occurs, and will trip or short circuit when an overload occurs to reduce the chance of a fire. It is important to note that AFCIs diminish the effects of arcing faults but cannot prevent them entirely.

Learn about the difference between a regular breaker and an arc fault breaker.

Ballast: A light ballast is a tool that regulates the amount of current in a circuit. These are necessary for fluorescent lights, which would burn out in less than a second if connected to an unaltered source of high voltage power.

Circuit Breakers / Fuses: Devices installed in the service panel of a home to limit the flow of electricity through a circuit. The breaker rating determines the maximum flow. Learn more about what circuit breakers do.

Circuit Extensions: These extend or add on to an existing circuit to provide an additional power source.

Code Correction: A procedure designed to eliminate wiring conditions that do not meet National Electrical Code requirements and safety conditions. A notice of code violation explains the types of electrical issues in your building and the exact codes that your building violates.

Dedicated Circuits: A dedicated circuit is an electrical circuit that powers designated to power a single or limited set of devices in your home. These circuits are often used for high energy consumption appliances in order to reduce the chance of a circuit overload.

Electric Grid: A system of disparate elements that provide electricity to buildings in a given area. Most electrical grids are composed of a power plant, transformers, and distribution lines that eventually connect to a home.

Electrical Code Violation: Any element of the electrical work in your home that does not meet code standards set by the NFPA. Some common electrical code violations include overcrowded wires, knob and tube wiring, and illegal splices.

Electrical Short: A breakdown in your circuitry that occurs when a hot wire (a wire that is carrying a current) contacts a ground wire in an outlet or appliance. This creates a new circuit that allows excess current to flow through that eventually blows a fuse or trips a circuit breaker.

Electrical Wire Color Codes: Properly finished wiring incorporates wire colors that make it easy to determine what each wire does.

Energy Saving Devices: Devices utilized within a dwelling designed to increase the efficiency of energy sources while providing heating, cooling, and light.

EVSE: EVSE stands for electric vehicle supply equipment, and are also called EV chargers or EV charging stations. They deliver electricity from the grid to the battery of an electric vehicle.

Ground Fault Circuit Interrupter: GFCIs are designed to protect people from electrical shock. GFCIs do this by interrupting household circuits when there is a difference between the currents in the hot and neutral wires. When a difference is detected, it usually means that an abnormal amount of current from the hot wire is occurring. That current could be flowing through a ground wire via a leak from a motor or capacitor. It could even mean that someone has come in contact with the hot wire and is experiencing a shock. When a circuit is functioning normally, all the return current from the appliance goes back through the neutral wire. If the neutral wire and the hot wire have unevenly distributed current this could produce a very hazardous shock. A typical circuit breaker is designed to cut off at 20 amperes. However, someone can be electrocuted with 100 milliamperes. A circuit breaker with a GFCI will detect a few milliamperes and trip the breaker to remove the shock hazard. Learn more at ESFI.org

Heater: A heat source (gas or electric) used to adjust the temperature inside a dwelling from a cold to a warm condition.

High-Tech Troubleshooting: A procedure performed by a trained technician for the purpose of locating and identifying electrical problems within an electrical system.

IC Rating: IC stands for insulation contact. An IC rating measures whether a light fixture is safe to come into contact with insulation. This is an important rating for recessed indoor ceiling lights, which tend to touch insulation.

Knob and Tube Wiring: Knob and tube wiring was one of the earliest styles of wiring and was used from the late 1800s into the 1940s. This type of wiring is considered obsolete and dangerous, and poses safety hazards to the inhabitants of a building.

Load Center: Source for all power to the home. All circuits originate from the "Load Center" or "Service Panel." Circuit breakers are located within this panel.

Low Voltage: A wiring system that provides power to some electronic devices operating on a voltage level much lower than the standard 110 volts. Such devices might be doorbells and thermostats. Learn about the difference between low voltage and line voltage.

Motors: Electronic device used to move, switch, or adjust one or more of the systems within a dwelling.

Power Conditioner: A power conditioner is a protective device that prevents damage to devices from power fluctuations. Unlike surge protectors, which serve a similar function, they also prevent damage from radio frequency interference and electromagnetic interference.

Receptacles: Power sources located throughout a building to provide electricity where needed.

Smoke and Carbon Monoxide Detectors: Wall and ceiling mounted sensors located throughout the home used to alert occupants of deadly gasses and smoke inside the home.

Switches: Circuit interruption devices used to control the flow of electricity to lights, appliances, and outlets.

Surge Arrester: A protective device that connects the conductor of an electrical system with the ground to prevent overvoltages on equipment. Another type of surge arrester is a lightning arrester. They are also known as a voltage-surge arrester, and help to prevent surges during lighting storms.

A final type of surge arrester, known as a valve arrester, limits the magnitude of current that can surge through the circuit.

Tamper Resistant Outlets: Tamper Resistant Outlets are standard wall outlets that feature a shutter mechanism that protects children from placing foreign objects into the vessel. The outlet has a shutter system that is spring-loaded. Electricity only flows when equal pressure is placed on both shutters, like when a plug is inserted. When the outlet is not being used both shutters and openings will be closed. Children tend to put keys, pens, paper clips, bobby pins and other small objects into the outlet this can cause an electrical shock that can lead to burning or scarring.

Thermostat: A low voltage electronic switching device that monitors temperatures inside the home and turns on and off the heating or cooling system in the home.

Transfer Switch: An electronic device that under certain conditions will disconnect from one power source and connect to another power source.

Volts or Voltage: The rate or force of electricity and its potential capacity to do work - expressed or measured in volts.

Watts: Watts are used to measure power. The wattage is the rate at which electricity or energy is used.

Whole House Surge Protection: A whole house surge protector protects every device in your home from voltage fluctuations. It does this by acting as a pressure relief valve and pushing excess electricity into a ground or by blocking its flow altogether.

Wiring: A distribution network of wire that conducts electricity to receptacles, switches, and appliances throughout a building/home to provide electricity where needed.

Need it Done Right?
Become one of our satisfied customers
Request a Quote 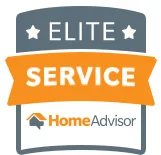